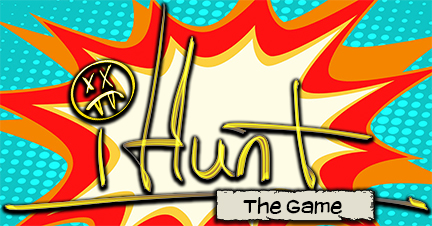 Welcome to #iHunt: The RPG

Hi. #iHunt is a game about stories. Stories about how people react to utterly fucked circumstances. The characters in #iHunt kill to survive. Not because they’re in a war zone. Not (usually) because someone’s trying to kill them (at least directly). They hunt because they’re broke, and in the gig economy, everyone’s gotta hustle. #iHunters use an app called #iHunt where they take contracts to kill monsters. It’s like Uber, except instead of picking up thirty-somethings who want to save a few bucks on cab fare, you’re stalking and killing terrifying creatures of the night. The idea’s the same—a day job’s just not enough anymore. With mounting healthcare costs and rising rent, sometimes you’ve got to put your health and safety on the line to… have health and safety.

What the fuck is an SRD? In nerd terms, it's a "Systems Resource Document." Basically, this is all the rules necessary to make your #iHunt game work. It's not the entire text of the game book, but it's enough to play. More importantly, it's enough to build on as a foundation to make your own games based on the #iHunt framework.

You can get started reading below. Or if you scroll on past that, there's a full directory of the chapters in this SRD.

The Basics of #iHunt: The Game

#Licensing (How To Use #iHunt For Your Own Publication)

#TheEdge (The Edge in Play)

#TheFlow (Flow of Play and Directing)

#TheGig (The Hunt and Job Creation)

#iHunt (The #iHunt App and Hunting)

The #iHunt: The Game text on this Systems Resource Document is licensed under a Commons Attribution-Share-Alike-Noncommercial 4.0 license.